We've just had a second FTTC broadband line installed at home. The idea is to be able to double our bandwidth without any configuration changes needed.

We've now boosted our download speeds from 50Mbps to 120Mbps with an additional line installed. 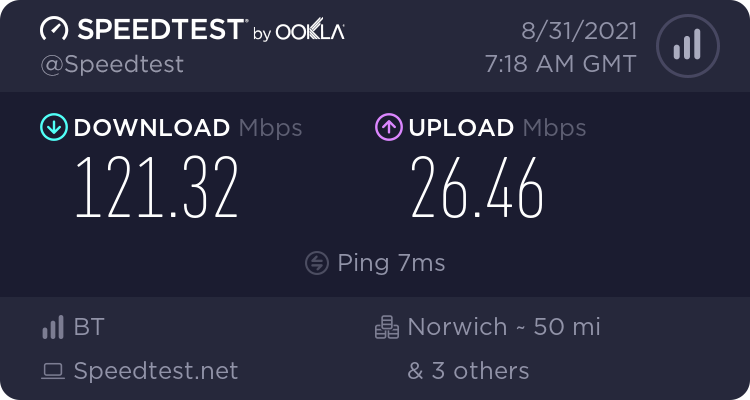 Here's a few hints and tips about how we did it.

(1) A new phone line is quite expensive to install. If you order a broadband service online then typically the companies assume that they will take over your existing service.
Instead, I phoned BT directly and requested a brand new line installed. In fact they phoned me up a few days later just to check.
Signing up to a broadband contract typically makes the line install free, saving over £100.

(2) Be nice to the engineer. Our existing master socket was in a tricky place in the house, so I pre-drilled all the holes he would need so he could feed the line directly from the Distribution Point.

(3) We used the Vigor 2952 appliance to load balance our connections seamlessly. It provides up to 4 WAN ports so we connected our two DSL hubs into two of these ports. We enabled session-based auto load balancing which does two things: (1) it determines the capability of each broadband line so allocates traffic proportionally and (2) it spreads out the traffic across the two lines even when connecting to the same endpoing so it doesn't route all traffic to the same endpoing on a single line. 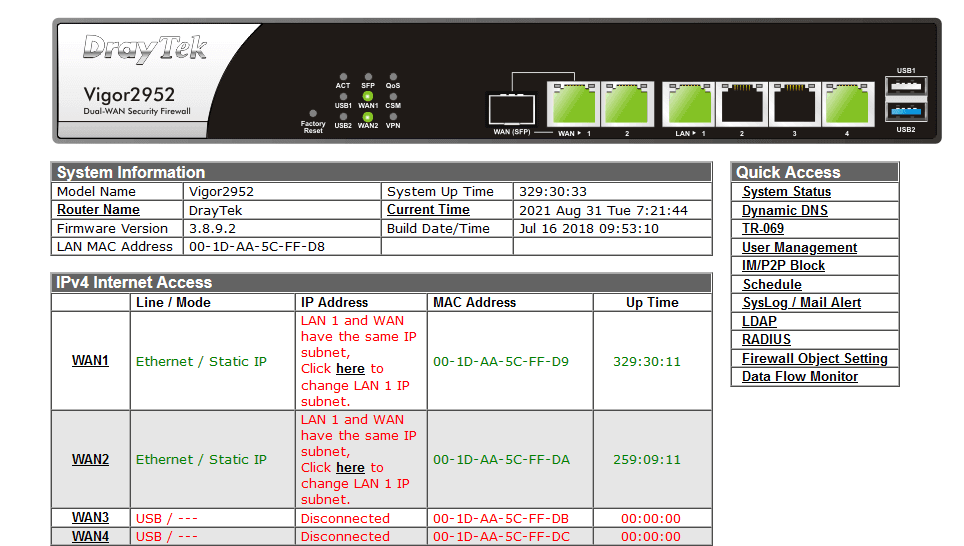 Who's amazing? Sarah is.

Want to get in touch?